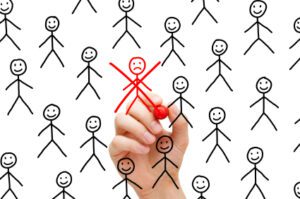 Talent makes or breaks an organization. However, that doesn’t help anybody after a bad hire’s been made. Bad hires mean nothing but trouble for you and your organization.

Who hasn’t signed off on a bad hire at some point and regretted it? It could happen to anyone. But that doesn’t mean you don’t worry when it happens to you. It’s enough to make a hiring manager worry about their job. Even if nothing worse comes of it, it can cause a couple of sleepless nights.

So, why am I here talking about bad hires? I’m here to tell you a little about what causes bad hires in the first place, and what your options are in preventing them. Talent is an organization’s number one competitive advantage. You already know that. Let’s talk about what you can do to make sure your organization has the best talent possible.

Bad hires can come from a number of causes.

They could come from poorly defined hiring goals. Some businesses go into the hiring process with more of an interest in filling a position than in getting the right person for that position. They don’t produce a clear vision of what they want, and then they’re surprised when they don’t get what they want!

Bad hires could come from a major delay in hiring. This problem often comes from splitting up hiring decisions among too many people. Large decision-making committees hesitate to decide, leading to interview after interview before a decision is finally made. (This is what they call “death by interview,” because the top-notch candidates usually don’t bother waiting around for an interview process that doesn’t seem necessary.)

Those could all be causes of bad hires. But for the purposes of this article, we’re going to focus on the number one cause of hiring mistakes. More than anything else, the one factor that leads hiring decision makers into costly mistakes that hurt the bottom line, and eat away at the quality of a company’s culture over time? Poor interview skills.

With many organizations, interviewing is just going through the motions. This is fine, if an interview goes perfectly, but you and I both know that interviews just don’t go perfectly. There’s always at least one point of confusion, or something that needs clarification.

When that happens, you need an interviewer with real skills.

Any interviewer can read a set of questions off a script and recommend which candidate they believe gave the best answers. A great interviewer is one who knows why those questions are being asked, what they tell us about a candidate’s suitability for the position, and how to ask follow-up questions in case there’s an issue.

The mark of a good interviewer is that they understand what’s needed for the role and how to ask the right questions that allow them to see if they’ve found the right person.

Turning Around the Interview Process

The next step in fixing the interview process is defining the requirements for an acceptable candidate. This can seriously reduce the “death by interview” problem because it stops you from scheduling unnecessary interviews while waiting for a perfect candidate who doesn’t exist. Commit to making a hiring decision as soon as you find a candidate who meets your requirements.

Thirdly, interviewers need to be trained in the critical thinking and interviewing skills that will allow them to conduct successful interviews. No matter how well you plan your hiring, if your interviewers aren’t up to the challenge, you won’t get the hires you need. Good interviewing is the key to good hiring.

Do you have the right team in place to prioritize the jobs that must be done at your clinic? Give me a call and I’ll let you know how my team has a 93 percent success rate in bringing quality candidates to our clients.

Posted in Uncategorized
Scroll To Top